Rabbi Aviva Bass grew up in Coral Springs, Florida where she graduated from J.P. Taravella High School.  A classically-trained soprano, Rabbi Bass studied vocal performance at the University of Miami, where she graduated Magna Cum Laude in 1992, obtaining her B.A. in Music degree with a double major in Judaic Studies.
From 1993-2000, Rabbi Bass studied at the Reconstructionist Rabbinical College in Wyncote, PA, concurrently studying at Gratz College in Elkins Park, PA, completing this study in 1999 with an M.A. in Jewish Education degree, and in 2000 with rabbinic ordination and her M.A. in Hebrew Letters degree by the Reconstructionist Rabbinical College.  Rabbi Bass is a proud member of the Central Conference of American Rabbis and is committed to enhancing unity and connectedness among Reform Jews; applying Jewish values to a contemporary life; and, creating a compelling and accessible Judaism for today and the future.

She has served congregations as a rabbi, Cantorial soloist, and educator, at various locations around the United States as well as in Australia and New Zealand.  She is the proud mother of twin sons, who are the light of her life and her inspiration. 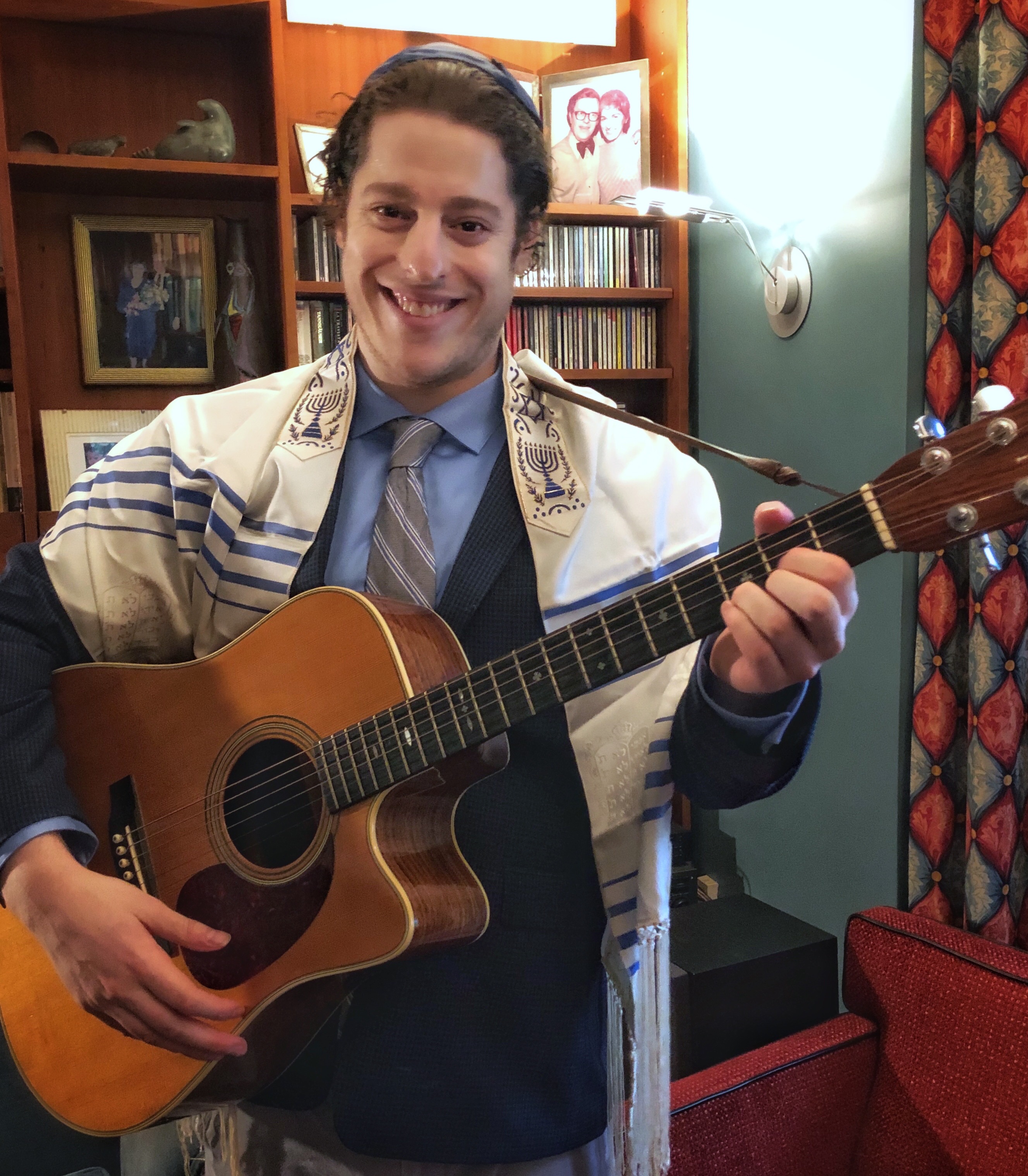 A native of Cambridge, Massachusetts, Jake Harris has studied at the Berklee College of Music, New England Conservatory, Longy School of Music of Bard College as well as Hebrew College.  Most recently, in addition to his responsibilities as Cantorial Soloist at a Reform congregation in Massachusetts, he was an education fellow coordinating a 5th grade project between a Massachusetts religious school and students at the Yisraelia School in Haifa, Israel.

“I am so ecstatic to be here with the Temple Sinai Community.  I look forward to coming together in spirit and song,” said Harris, who feels strongly that music is an important catalyst for spiritual exploration.   Jake combines voice, guitar and piano to engage congregants in spriritual and meaningful prayer.